This is the story of a boy
in who was addicted to playing games for many hours a day, and who as a result, suffered from terrible headaches. Because of the headaches, his parents took him to vision therapy, where he found that he could reduce his headaches by doing eye exercises, but was told that he also had to reduce his game playing. He was unwilling to do so…until he introduced to new eye exercises that were essentially offered in the form of a game. He took up the game at a computer screen, and in the end, he was able to find a place of balance, where he could play a reduced number of hours of his original games, and his headaches went away. The story will be told in voice-over, so no text, just pictures to tell the story. 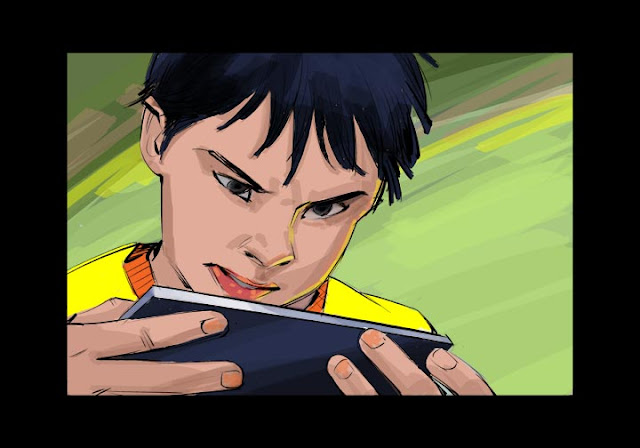 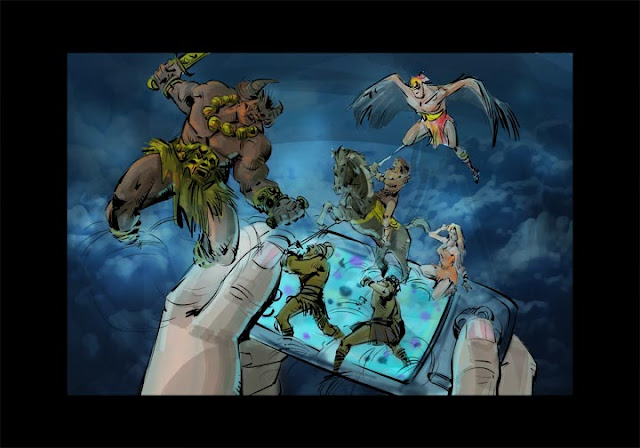 View over shoulder of the boy, looking at the game screen -
which has gods and demons, .... 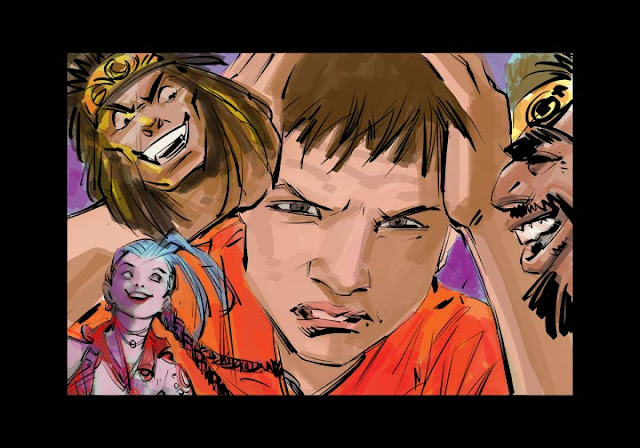 ..... coming out from the screen to tease and tempt him to play another round of the game.
Boy suffering another terrible headache. 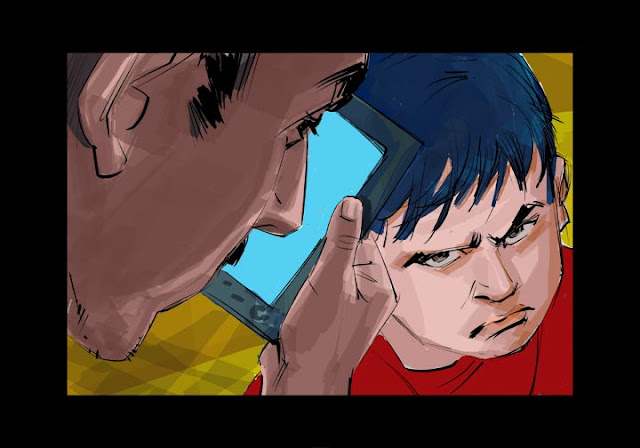 Face of boy that the game is being taken away. 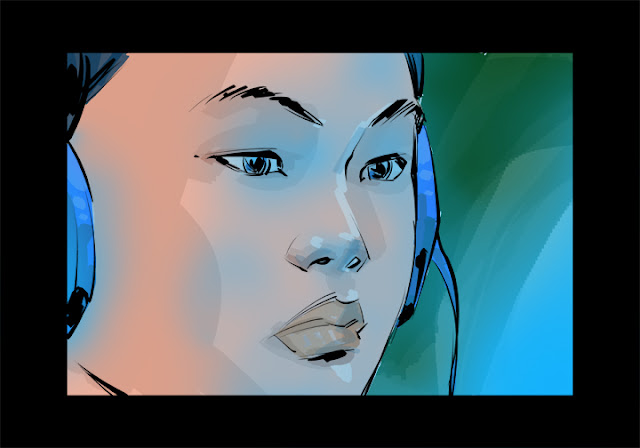 Discovery that there is still something to play with. 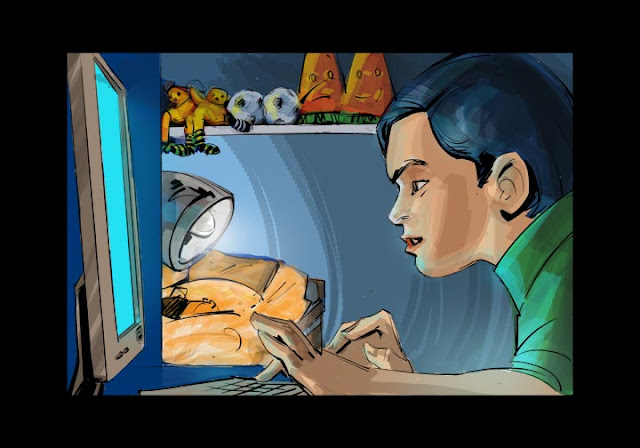 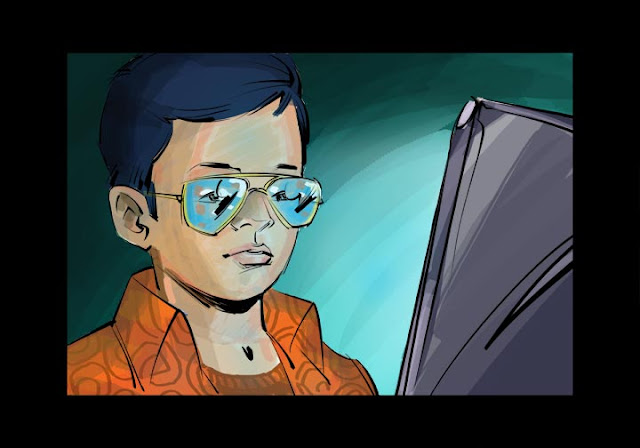 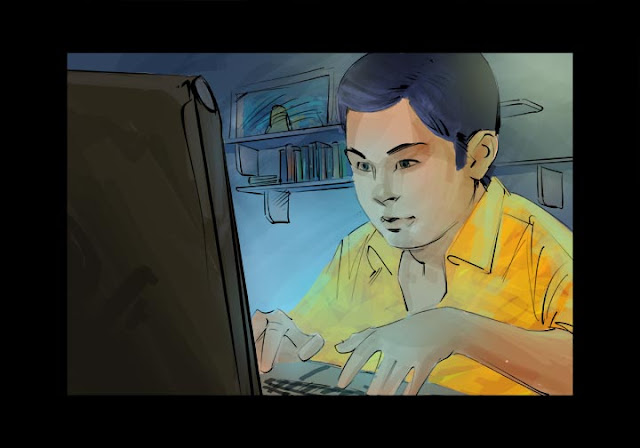 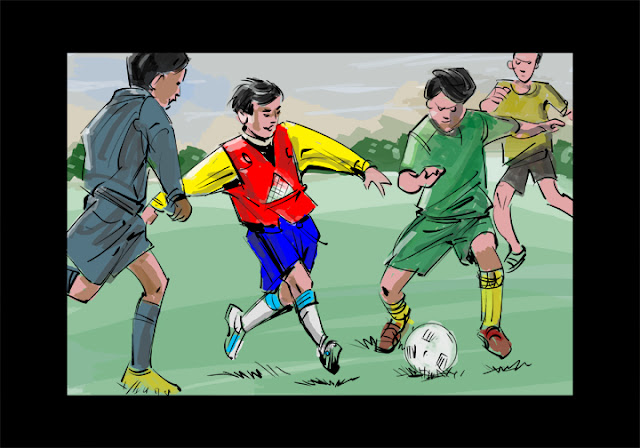 Intensity - focused only on the game, fading the rest of life Desire.
Posted by Atula Siriwardane